Why Etna Needs to Be on Your Sicilian Tour Itinerary

Whether you are a lover of wine, an Italian adventure seeker, or an admirer of lush and beautiful landscapes, the Etna region of Sicily has so much wonder to offer. The region is receiving more notice as a travel destination due to the critical acclaim that is being lavished on the wines of Etna.

Read on to learn a bit about what makes this area and its wines so special and how you can make sure Etna gets a spot on your Italian tour itinerary.

The Unique Qualities of the Territory of Etna 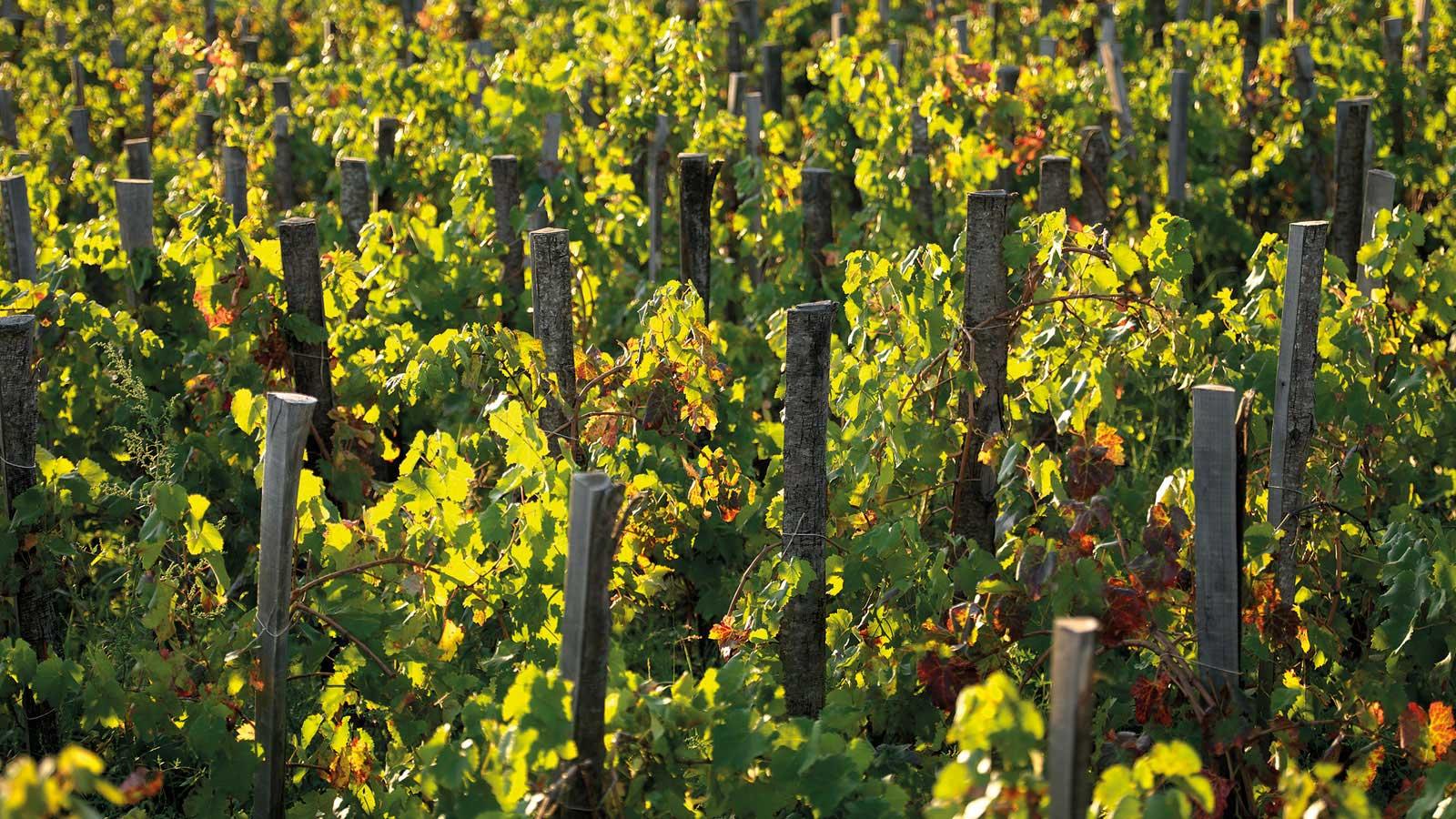 The region gets its name from the highest active volcano in all of Europe, Mount Etna. Often referred to as “an island within the island,” Etna’s volcano is at the heart of what makes this territory so radically different from the rest of Sicily.

Myth tells us that buried deep below Mount Etna lives giant Enceladus, who was eternally trapped there by his arch-rival, Greek Goddess Athena. The volcano’s eruptions and emissions are said to be the inflamed breath of the giant, escaping in puffs and blasts.

Though the myth adds to the sense of magic and lore of the region, the truth is just as fascinating. The volcano’s ash, lava, and steam are responsible for creating an entirely distinct climate in the area as well as unique and varied soil composition.

From day to night, temperatures swing widely. The volcanic soil can vary from sandy to pebbly, ashy to gravelly. On top of that, the slope itself, ascending from the volcano, makes wine growing in the territory difficult and tiresome.

But oh, how the wines have flourished for centuries!

Wine historians date production in the Etna territory back to the 8th century BC. There are active vineyards in the designated territory that have been continuously producing wine for well over one hundred years using methods no longer seen elsewhere.

All of this combines for a delightfully different and delicious result in the wines of the Etna DOC.

All About the Grapes of Etna 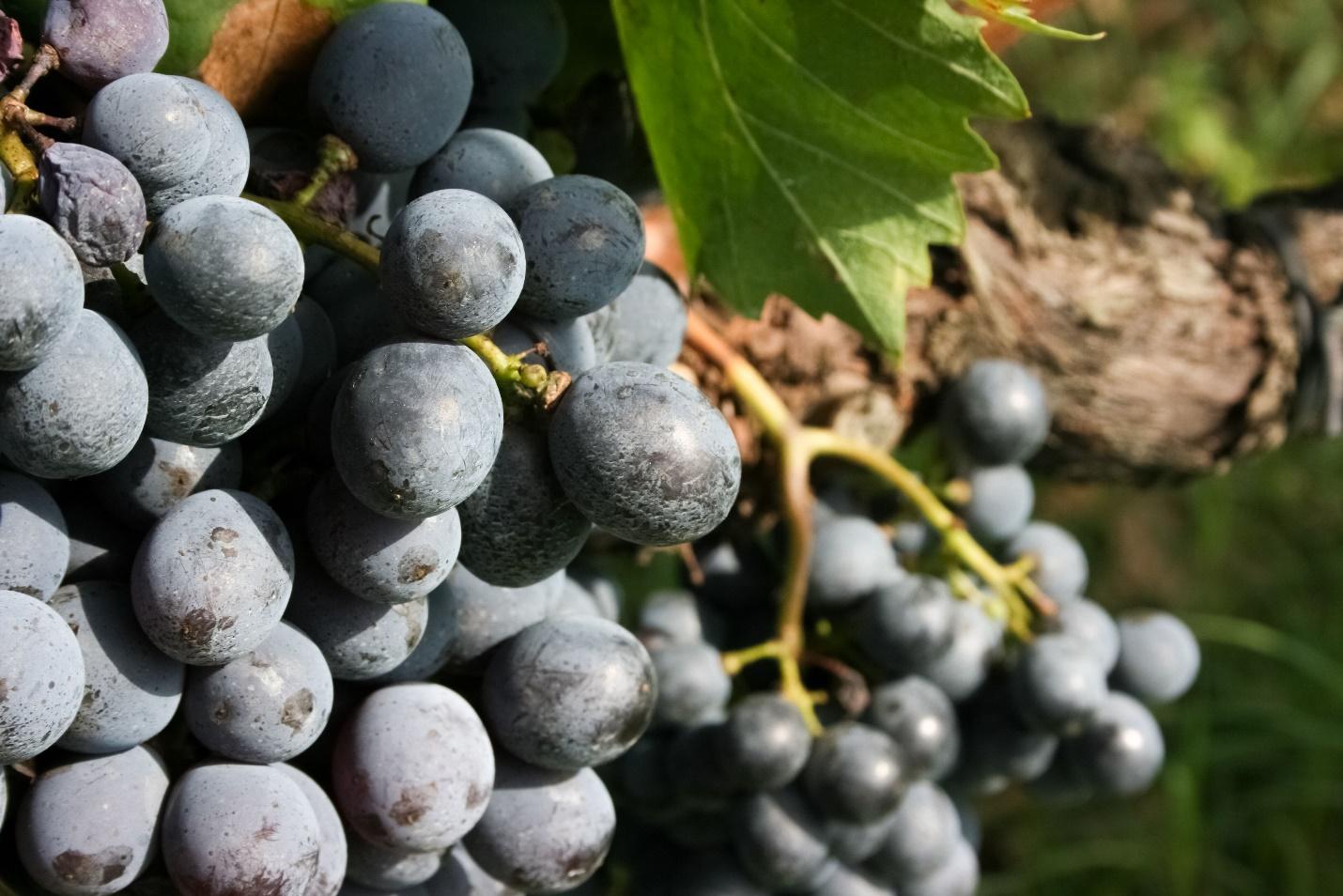 There are four different vines that comprise the Etna DOC wines. There are two native varieties, Nerello Mascalese and Carricante. Additionally, Narello Cappuccio is used for reds, rosés, and sparkling wines and Catarratto is used to produce whites.

Nerello Mascalese is grown in the greatest abundance of the region’s varieties. It is made to produce wines that are ruby red with a fruity aroma. The wines are well balanced with a nice level of astringency.

Carricante is a white grape from ancient times that has always been cultivated on Mount Etna’s slopes. The resulting wines have scents that are refined and delicate to the senses. Citrus comes through intensely in the deeply yellow wines produced from it.

Narello Cappuccio are responsible for the production of wines that are ruby red in color with just a hint of purple. The medium structure and freshness coupled with subtle floral hints make for a delightful combination.

Catarratto is a white grape of great vigor and bold character. It is the least cultivated wine of the region but is still used in the production of Etna Bianco, a white blend brimming with character and depth. 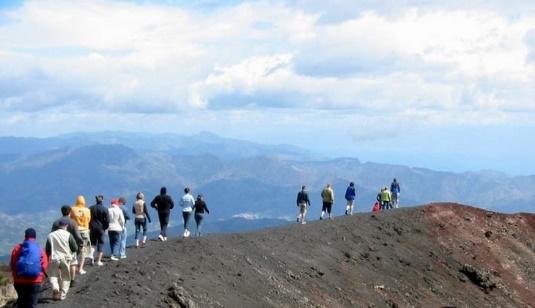 Now that your taste buds and adventurous spirit have been sufficiently enticed, it’s time to discover how easy it is to access this region and fully sate your appetite.

The fairytale town of Taormina is about an hour away so a break from the beach will have you on the slopes sipping a cool crisp Carricante or a fruity NerelloMascalese. Catania is a major metropolitan area on the island of Sicily and home to the main airport. Etna is just 35 km (22 miles) away from Catania and reached by car in one hour. This makes Etna an ideal destination for a day trip.

Wine aficionados and novices alike will find time in Etna well worth the trip. The wine tastings alone are reason enough to book a tour but there is more on offer when popping over to this part of Sicily.

Luxury Italian Tours has a variety of jeep tours to take in the sights and surroundings. Hikers can opt to book a guided trek on the volcano itself! And when the day’s adventures are done, delicious local wine will be ready to savor.

Instead of stocking up on magnets and t-shirt, visitors to the region’s vineyards opt for souvenirs of the bottled variety, which wineries are happy to pack up securely and ship home to enjoy later.

Make Etna a Part of Your Luxury Italian Tour

Discerning travelers who want to fully immerse themselves in the Sicilian way of life can find what they are looking for with Luxury Italian Villas. Clients can choose from a vast array of hand-selected villas, many of which are nestled within vineyards themselves. Dreamy does not quite cover it.

Contact us today to discuss how we can make your Italian tour a trip for the record books.