The White Lotus Itinerary: A Tour of Sicily

If you’ve watched the latest season of The White Lotus on HBO, you might be yearning for an unforgettable vacation in Sicily. Luxury Italian Tours has you covered with highlights of the jaw dropping destinations and locations featured in the smash hit show.

The latest season is filmed around the Sicilian coast in Taormina, Noto, and Palermo. The San Domenico Palace Hotel, the five-star hotel where The White Lotus takes place, sits atop a rocky cliff overlooking the Ionian Sea in Taormina. 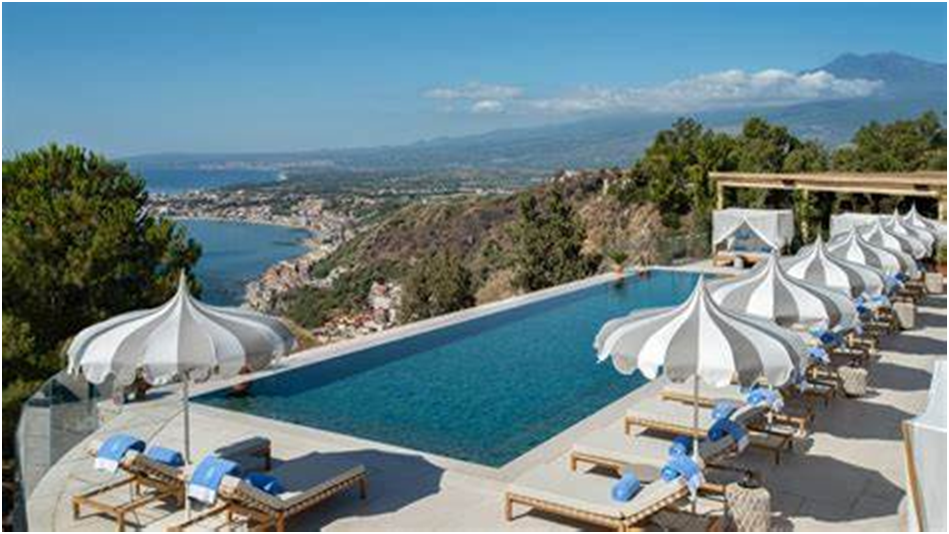 Visible from the San Domenico, the main attraction in Taormina is the Teatro Greco. This ancient and majestic theater was built in the 3rd century BC by the Greeks and later expanded by the Romans. Now a cultural center that puts on plays, concerts, and film festivals, it’s a great place to catch live entertainment. 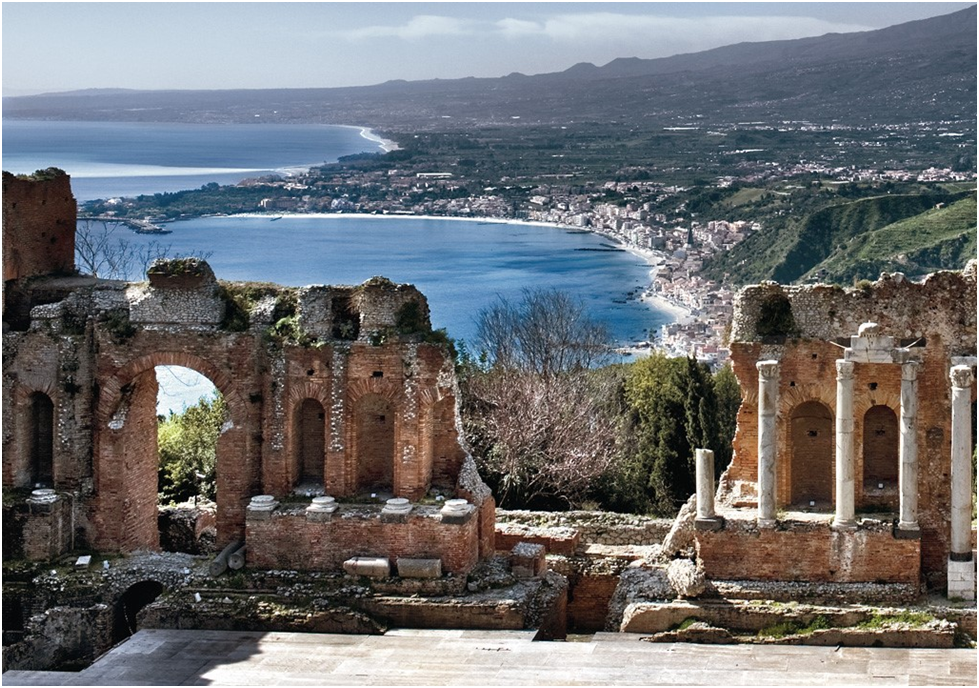 While in Taormina, stroll along the medieval Corso Umberto, the pedestrian-friendly main road, and find the Palazzo Corvaja, a palace with Arab, Norman and Gothic architectural characteristics from Taormina’s rich history. Continue your journey down Corso Umberto and reach Piazza IX Aprile, a square with spectacular views of the ocean and Mount Etna. Stop in one of the many cafés along the way for some afternoon granita or espresso. BamBar is known to have the best granita,

In The White Lotus, Harper and Daphne visit Noto, a small town on the southeastern coast of Italy known for its baroque architecture. Its most famous sight is the 18th- century Noto Cathedral that sits atop the Piazza Municipio. Across from the Cathedral is the Palazzo Ducezio where you can access a terrace that overlooks the Cathedral and Piazza for the most stunning views. 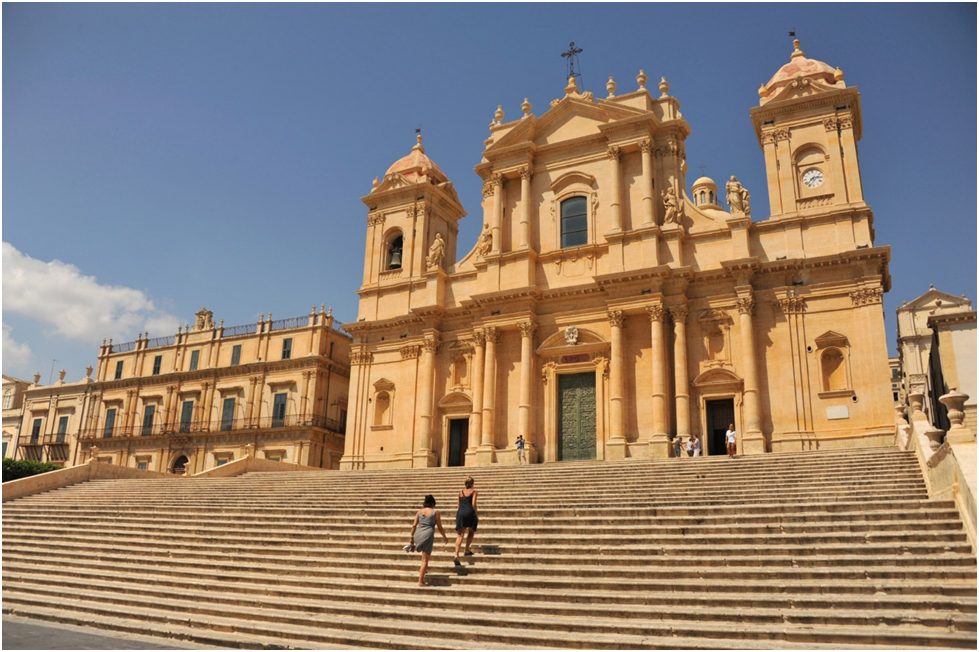 A quick drive away is the town of Modica, another charming historic town. The town is split into two parts: Modica Alta and Modica Bassa. Modica Alta is older and you will find buildings carved from stone. Modica Bassa is the lower, more modern part of town and was built after the 1693 earthquake. Visit the Duomo di San Giorgio, a beautiful baroque church, where 250 steps connect the upper and lower parts of the town.

Don’t leave Modica without stopping for some renowned chocolate. The chocolate-making methods in this area date back to the ancient Aztecs, when the Spanish conquered this region. This scrumptious and crumbly chocolate can be flavored with cinnamon, vanilla, chili, coffee or citrus and is not to be missed.

Another noteworthy stop on this baroque excursion is Ragusa. Attractions at Ragusa include the Ibleo Regional Archaeological Museum, the Hyblaean Garden and over 50 baroque churches. Stop for a snack to try some of Ragusa’s delicacies: the pastieri, small pastries filled with goat and lamb, and scacce, thin dough balls stuffed with ricotta and spinach or sausage. 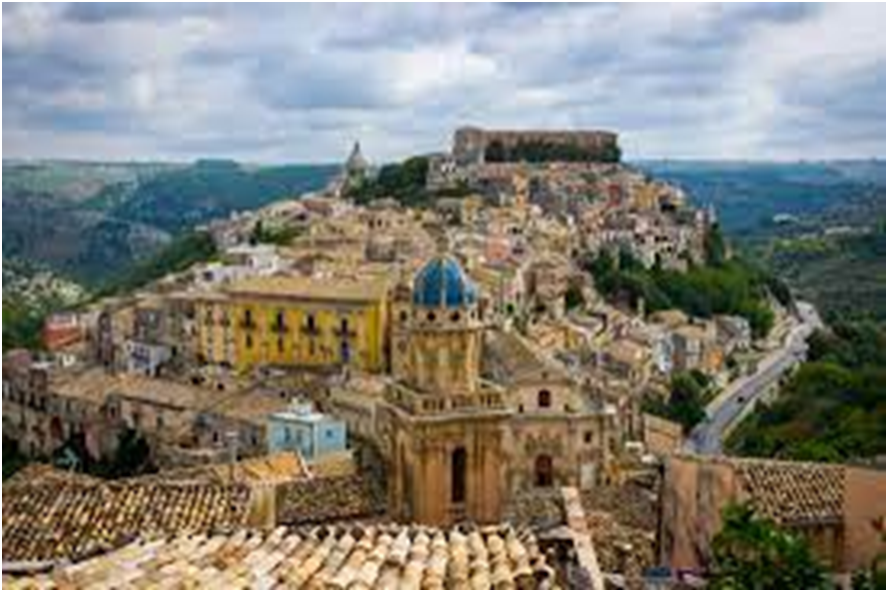 While in the South of Sicily, it’s worth visiting the Valley of the Temples in Agrigento. A UNESCO World heritage site, this is the home of eight Greek temples and ruins that are over 2,500 years old. You can find statues dedicated to Zeus, Icarus, and Heracles. 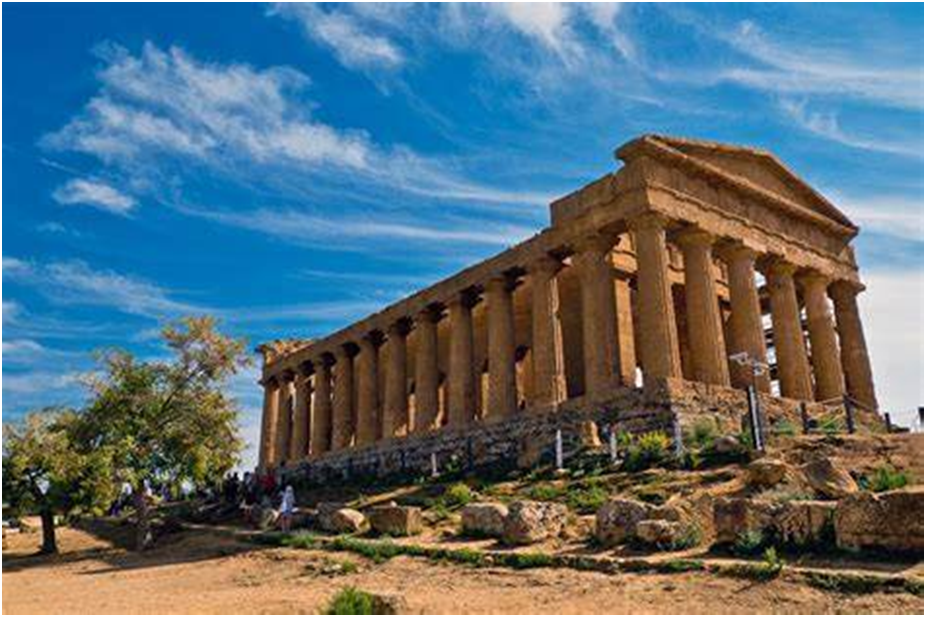 Before you head back north, check out the seaside fishing village of Marzamemi. Here you can visit the original tonnara (tuna processing plant) built by the Arabs in the 10th century. The tonnara overlooks the old fishermen’s harbor and is used for extravagant private events.

Marzamemi is known for its seafood delicacies including canned tuna, smoked swordfish, and marinated anchovies. Stop by and have lunch at La Cialoma – and enjoy delectable seafood dishes while taking in the magnificent view of the sea from their terrace. 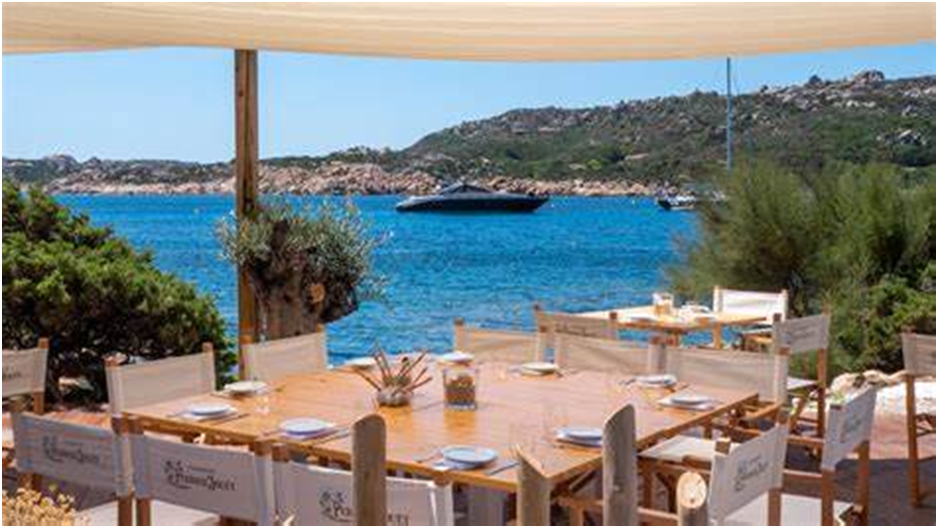 Heading back North, you can visit Siracusa and its old town center Ortigia. Ortigia is a small island, only 1 kilometer long and 600 meters wide, connected to the rest of Siracusa by 3 bridges. Similar to other parts of Sicily, Ortigia’s architecture has Arab, Roman, and Spanish influence due to its rich cultural history.

As you walk through Ortigia’s historic streets, explore the outdoor markets where you can find artisanal almonds, sun-dried tomatoes, and capers. Walk along Siracusa’s beautiful lungomare, or promenade, and enjoy the calming sights of the ocean. Check out the Temple of Apollo and the Fountain of Diana for more ancient relics.

Outside Siracusa’s historic center, the Parco Archeologico della Neapolis deserves a visit. Here you’ll find the Greek Theater, the largest in Sicily, where you can attend a theater performance in the summer months. Another highlight of the park is the Ear of Dionysus – a quarry with excellent acoustics where prisoners of war were kept in ancient times.

Although Daphne and Harper visited Noto, the palazzo they stayed in, a 20 acre private residence named Villa Tasca, is actually located in Palermo. An interesting visit in Palermo is the Palace of Palermo and the elegant and elaborate mosaics inside the Palantine Chapel are not to be missed. Experience local street food at the ancient Ballaro market with origins from the 10th century when the city was under Arab domination.

As you head back to Taormina, you might choose to stop in Cefalù for a beach day. Because of the close proximity to Mt. Etna, the beaches in Taormina were too rocky for filming and so the beaches in Cefalù were used to get the sandy beach shots you see in the show. 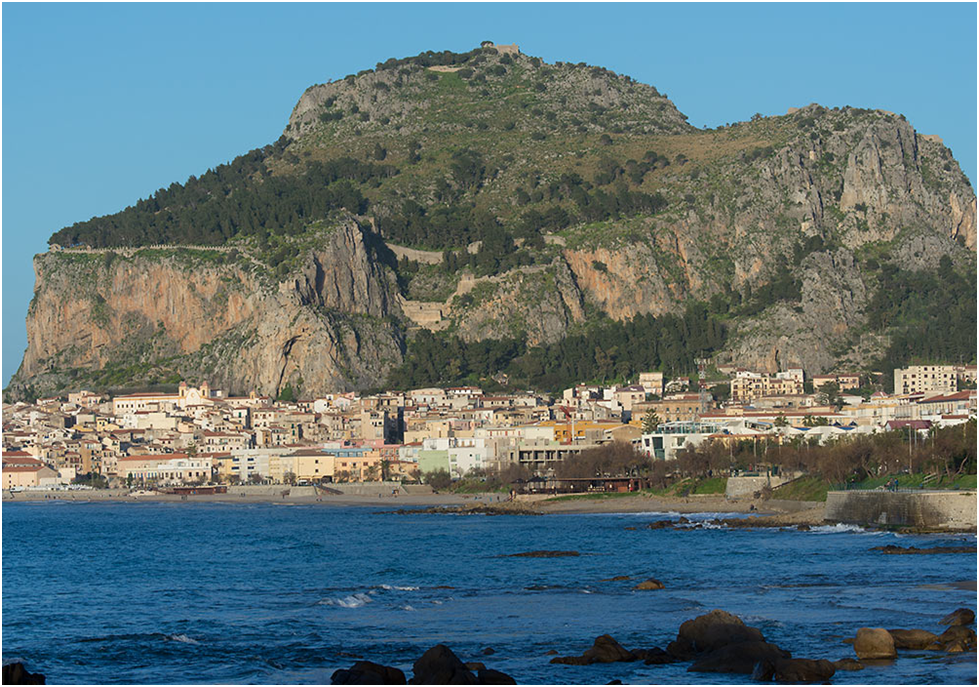